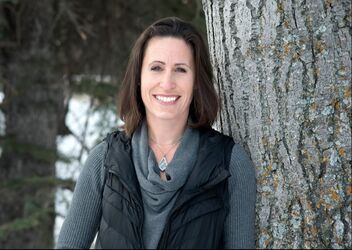 Jessica graduated from the University of Alberta in 1998 with a Bachelor of Science Degree in Physical Therapy (with distinction) and is the owner of Breathe Well Physio.  She continued her education with numerous post-graduate courses in manual therapy, myofascial release, and acupuncture.  In 2006, after attending a physiotherapy symposium, she discovered the missing element in her practice - breathing.  After attending her first course in breathing biofeedback, she began to integrate breathing retraining into her practice.  In 2010, she traveled to New Zealand to become certified  in the BradCliff Method® of breathing retraining.  In 2016 she completed further certificates with the Graduate School of Behavioural Health Sciences under Peter Litchfield, which allows her to focus on the behavioural aspects of dysfunctional breathing.  In 2015 she was awarded a grant through the Clinical Research Innovation Fund and investigated the link between dysfunctional breathing and asthma in children (turns out many children with asthma breathe poorly).  Jessica is also the 2016 recipient of the Pinnacle Award of Excellence from Physiotherapy Alberta.

The Canadian Instructor for the New Zealand-based BradCliff Method®, Jessica has also traveled across Canada presenting and lecturing on the impacts of dysfunctional breathing on health, with recent keynote speeches at the Saskatchewan Lung Association Conference and the 2019 International Association for Dance Medicine & Science Conference.

Clinically, her interests lie in working with individuals with chronic disease and complex needs. After noting the number of individuals she has worked with that had a history of cancer, Jessica pursued certification as a PINC physiotherapist through the PINC & STEEL Certification program.  This enables her to appropriately address issues pertaining to cancer diagnosis and treatment.  With the onset of the Covid-19 pandemic, she quickly recognized the implications of Long COVID and has become an ally and and advocate, taking on the role of Co-Director of Advocacy for the Long COVID Physio executive board.
​
Jessica believes strongly in working with other health care providers and communicating with them to ensure the end result is a happy and healthy individual.
Book Now

Soprano Rachel (Brager) Goldenberg was born and raised in Calgary, Canada. In 2012, she received her Doctor of Musical Arts in vocal pedagogy from Shenandoah University where she was the recipient of the Dean’s Graduate Scholar Award for “exceptional aptitude for research and scholarship.” She also holds undergraduate and graduate degrees in voice performance and pedagogy from the Westminster Choir College in Princeton, New Jersey. A winner of numerous awards and scholarships, she has sung with The Banff Summer Arts Festival, Opera Nuova, Westminster Opera Theatre, Cowtown Opera and Chesapeake Concert Opera. As a chorister, she has sung with many of the US’ top orchestras including the New York Philharmonic under such conductors as Sir Neville Mariner, Sir Colin Davis, and Lorin Maazel. She was the regional runner up in the 2012 in the Intermountain NATS Artist Awards (NATSAA) and a national semi-finalist in the 2014 competition.
Dr. Goldenberg has been privileged to study with some of the major authorities on voice of our time including Scott McCoy, Marvin Keenze, Lindsey Christiansen, Jeanette LoVetri, Wendy LeBorgne, Katherine Green and Johan Sundberg. Additionally, she was selected to participate in the prestigious 2011 NATS Intern program at the University of Wisconsin: Eau Claire. She has adjudicated at several local festivals and has been in demand as a guest lecturer, particularly on subjects relating to voice science, vocal health and vocal pedagogy.

Dr. Goldenberg’s doctoral dissertation focused on the use of singing lessons as an adjunct to airway clearance technique for Cystic Fibrosis. She has presented her dissertation research and continuing research in the use of singing for respiratory ailments across the United States, Canada and Europe. Her article, “Singing for Respiratory Health: A Literature Review” was recently published in the peer-reviewed Journal of Voice. As an active and trained singing voice specialist, Dr. Goldenberg frequently assists injured singers, actors and other voice users referred to her from medical professionals and the voice community.

Dr. Goldenberg is the Voice Consultant at the Advanced Breathing Disorder Clinic, with a special interest in working with individuals with vocal health concerns.  She works closely with our physical therapy team to help integrate breathing patterns into voice expression for better control of voice and reduction of chronic cough.
Book Now 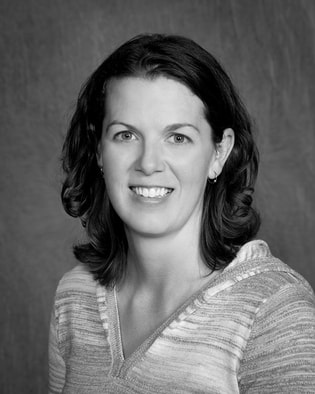 Simone Hunter, PT​
Simone graduated from the University of Alberta in 2009 with a Master’s of Science in Physical Therapy.  She also holds a Bachelors of Public Affairs and Policy Management (High Honours) from Carleton University.  Simone brings tremendous breadth of experience and expertise to her patients’s care.  She believes a strong therapeutic relationship is the foundation to getting her patient’s back to what matters most — whether that is work, family or recreation.  During her career she has practiced in orthopeadic private practices, long-term, acute and critical care settings in the Calgary and Ottawa areas. She has practiced at Foothills Medical Center since 2012 in burns/plastics, orthopaedic, pulmonary/thoracic and medical units.

Simone is the past-President of Physiotherapy Alberta College + Association and has served numerous terms on Council.  In 2019, she was the recipient of the Pinnacle Award of Excellence from Physiotherapy Alberta for her contributions and leadership in the profession.  She has been a lecturer with the University of Alberta MScPT program teaching burns and wounds modules to physiotherapy students.  She has also been an NCCP certified Triathlon coach and an Ironman Canada finisher.

During her years working with burn survivors, Simone has developed a passion for working with patients recovering from major and complex illness.  Along with a strong therapeutic relationship, Simone's treatment approach is the individualized application of strength and conditioning strategies along with breathing techniques to improve her patient's function, no matter the complexity or severity of their condition.
Book Now

Matt Ankerman, PT
Matt graduated from the University of Saskatchewan in 2012 with his Bachelors of Science in Biology degree and in 2014 with his Masters in Physical Therapy. He currently works on the inpatient rehabilitation team at Alberta Children’s Hospital; previously he worked in the ICU at Rockyview General Hospital in Calgary.

Matt has obtained his BradCliff Breathing Method certification and along with completing Vestibular Rehabilitation courses, these have helped to guide his practice.

Matt has always had a keen interest in pediatric populations and conditions, as well as children and adults with respiratory conditions. He believes in combining breathing techniques with functional movement to achieve each client’s goals in rehabilitation and performance. Outside of physical therapy, Matt enjoys travelling with his wife, golfing, curling, playing Ultimate Frisbee, piano, watching any kind of sport on TV, and spending time with his new puppy Rosie.  ​
Book Now